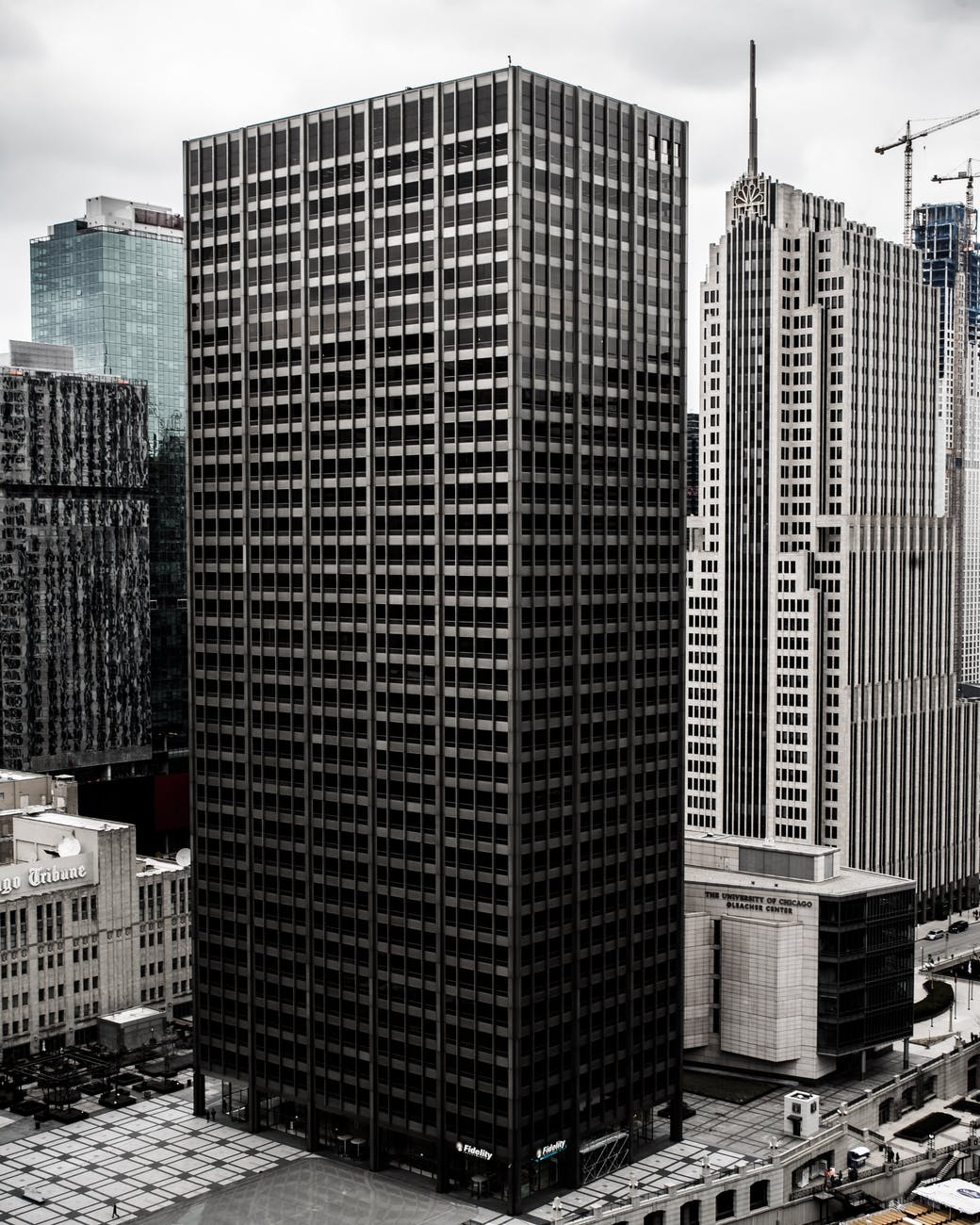 I had been working for a temp. agency and was running late for work. I know I know, not a good look when trying to snag a permanent position, but the Starbucks drive through took longer than expected; I needed my morning pick up.

Halen Enterprises. It sounded prestigious, and I had high hopes that this would finally be my place. I was hoping to rise above and beyond to snag a permanent position. This running late nonsense, however, already had me on a bad start.

I power walked to the elevator with my cell phone in my right hand, frantically pulling up the email all while trying to hold my coffee steady in the other hand. Of course my service was moving slower than a snail. Isn’t that always how it works?

The doors slammed shut before the email pulled up the information I needed. What floor was it on again? Ah, I think it was the 21st floor…

I looked at the elevator buttons and saw a 21 and a 21a option to press. I thought I had remembered seeing something about an “A” in the email. Perhaps this was it, or was it suite A? I had no time to second guess. I quickly pressed 21a and the elevator beeped up at a fast pace.

I placed the coffee to my lips and carefully took a slow sip, cautiously aware of the temperature.

The doors slowly slid open, and I took a big gulp of coffee. This was the last bit of joy I experienced that day, because I’ll tell you this, I wasn’t prepared for what I was about to walk into.

The smell is what I noticed first. The smell of rot mixed with blood. I lowered the coffee cup from my face and was nearly brought to my knees at the site. The office floor looked just like all the other floors, desks and cubicles alike, but the horrors couldn’t go unnoticed.

It looked like the whole floor had been murdered.

I stepped out of the elevator and slowly walked among the dead. I think I was in shock, because the alarm bells weren’t sounding off in my head at this point. My heals clicked through pools of blood, leaving sticky foot prints as I waded through the guts and gore. Dead bodies bled out along the white tile floor. I peered down at a guy who had a pair of scissors clutched in his left hand. His right eyeball hung by a vein from the socket it was once embedded in with a gnarly scowl displayed on his face. Blood was splattered everywhere, on the walls, the floor, and the white button up dress shirts of each person.

What had happened here? Where the police notified of this massacre?

I stuck my head around the corner. It was a ghost town on this floor. Nearly 100 people had to have been killed. I held my phone in the air to try to gain service on my phone, perhaps the elevator is what was holding up my signal. I needed to call for help. I needed to gain moment and see if there were any survivors hanging on by a thread.

That’s when I heard a shuffle.

I looked to my right and saw a guy dressed in black jeans, a grey shirt, and a black jacket. He had a machine gun in one hand and an ax in the other. He was calmly walking towards me and started to lift the gun.

I ran as fast as I could to the elevator, my finger had to have pushed the button over one hundred times before the ding and the whoosh of the doors opened up to my escape. I jumped in and hit the back of the elevator. The doors held open for three second (which felt like an eternity). The guy was aiming the gun at me and firing, bullets hit the sides of the elevator and ricocheted off the metal doors. It was the longest decent down those 20 floors I have ever experienced.

As soon as the doors shot open, I ran out and frantically yelled at everyone passing by. I had to warn everyone! There was a mad man on the loose! Some people gave me the stink eye, others flat out ignored me. It didn’t take long for security to escort me out of the building.

I tried to reason with them. Did they realize what I was doing? I was trying to save everyone!  I spoke as loud and as clear as I could before they threatened to cuff me.

“You have to believe me! What is wrong with you? Go to floor 21a! Before that guy kills more people!”

The security officer coldly responded, “There is no 21a. That floor doesn’t exist. Now if you don’t leave the premise, I’ll have to resort to having you arrested. Is that what you want?”

My mouth hung open. I know 100% that I had just been to that floor. I was certain because of the decision I had to make on which button to press – 21a or 21!

I left in a husk, confused and irritated by everything. How could they not believe me? I hung along the side of the building, and as soon as the guards were out of site, I ran back to the front doors of the building. With each person that entered the building, I gave them a grim warning of the massacre.

“Don’t go in there! There’s a shooting! So many people died! Please, you have to believe me!”

I probably warned twenty different people before security picked up on what I was doing. I was once again escorted out and after a firm threatening of jail time, I decided there was nothing else that could be done.

Now, this is the part where things get even weirder.

Later that night, I clicked on the evening news to unwind when I saw a story that sent shivers down my spine.

The story of a gunman attempting to sneak into an office building made me white as a ghost. I’m typing this from memory now, so I’m not sure if this is exactly what the news story said, but it went something along the lines of this:

Gunman enters Halen Enterprises. Gunman was found carrying an axe that was strapped to the inside of his pant leg with a semi-automatic rifle strapped to the other. He is identified as Doug Smith, an ex employee of the firm who worked on the 21st floor. Due to an incident earlier that day, security was on high alert which is why certain protocols were taken. These protocols signaled a red flag to authorities, which in turn put a spot light on Doug Smith. When questioned, he started to panic and ultimately confessed to his plan.

A picture of his mug shot showed the exact guy I had seen that morning, grey shirt with the black jacket.

My spine was tingling. They got this guy before he laid a finger on anyone. He never even made it to the 21st floor. Was I somehow transported to the future, or was this a weird premonition that I had?

I noticed the blood stains still stuck to the bottom of my shoes.

I’m not sure what happened that morning, how it happened, or why I was the one it happened to, but I know one thing is certain.

I had a job to do that day, it just wasn’t the one I had anticipated on.